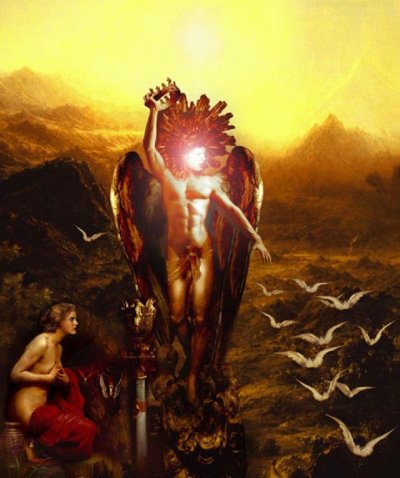 What do Neo-Pagans mean when they talk about gods? When a Neo-Pagan talks about the Goddess or invokes ancient pagan gods and goddesses, like Pan or Isis, what do they have in mind?

Neo-Pagans have different beliefs about the nature of the gods. For some they are metaphors for natural processes or hu­man experiences. For others, they are psychological archetypes that transcend our attempts to symbolize. For others, they are emergent properties of a complex universe. And for some, they are real beings with independent existence and consciousness.

For other Neo-Pagans, the gods are Jungian archetypes, semi-independent forces of the unconscious mind. As Margot Adler explains, “The Gods and Goddesses of myth, legend and fairy tale represent archetypes, real potencies and potentialities deep within the psyche, which, when allowed to flower, permit us to be more fully human.”

Some polytheists see symbolic explanations of the gods as reductive. But, according to Jung, the archetypes are much more than mere symbols. They are “dynamic, instinctual complexes that determine psychic life.” These “ruling powers” of the psy­che compel “the same belief or fear, submission or devotion that a god would demand from [humankind].”

“We seldom find anybody who is not influenced and in­deed dominated by desires, habits, impulses, prejudices, re­sentments, and by every conceivable kind of complex. All these natural facts function exactly like an Olympus full of deities who want to be propitiated, served, feared and worshipped, not only by the individual owner of this assorted pantheon, but by everybody in [their] vicin­ity.”

The gods are not mere figments of our imagination. When we say that the Neo-Pagan gods are archetypes of the unconscious mind, this does not mean they are conscious creations. We do not create our dreams; they happen to us. Similarly, we do not invent the gods; they happen to us. True archetypes cannot be created intentionally; they grow out of the unconscious and ex­press themselves through dreams, myths, religious symbolism, and even through our compulsive behaviors.

But for many Neo-Pagans, the question of what the gods are is less important than how they function in human life. Whether the gods are in our minds or have some reality outside of our minds, Neo-Pagans believe there is value in interacting with them as if they are real.