“The Three Graces” by Elsie Russell

Ecofeminism emerged in the 1970s and 1980s as the feminist and environmental movements intersected. The nuclear meltdown at Three Mile Island in 1979 prompted some women to come together the following year for the first eco-feminist confer­ence at Amherst College, titled “Women and Life on Earth: Eco-feminism in the Eighties.” Ynestra King, one of the organizers of the event, declared in the opening address:

“We here are part of a growing movement of women for life on earth, we come from the feminist movement, the anti-nuclear movement, the disarmament movement, the holistic health movement. We have come because life on earth and the earth itself is in terrible danger. … We’re here to say the word ‘ecology’ and to announce that for us as feminists it’s a political word—that it stands against the economics of the destroyers and the pathology of rac­ist hatred. It’s a way of being that understands there are connections between all living things and indeed we women are the fact and flesh of connectedness. … Femi­nism and ecology are where politics come face to face with biology, and where the spiritual and the political come together. … The crisis of this civilisation that has led us to the brink of nuclear annihilation is spiritual as much as it is economic. … Both (the feminist and the ecol­ogy movement) are deeply cultural and even spiritual movements, whose principles explode the categories of the political to include the biological on the one hand and the spiritual on the other.”

Ecofeminism has been described as a third wave of feminism, a branch of deep ecology, an environmentalist critique of femi­nism, and a feminist critique of environmentalism. Eco-feminists contend that the oppression of women and the abuse of the envi­ronment are related phenomena, both arising from patriar­chal power structures of hierarchy and domination. Eco-femi­nists also explore the intersection of sexism and environmental desecration with racism and class exploitation. Eco-feminists ar­gue that certain races and social classes have also been op­pressed through their association with nature.

Early leaders in the eco-feminist movement included Rose­mary Radford Ruether, Mary Daly, Susan Griffin, Carolyn Mer­chant, Sallie McFague, Monica Sjoo, Starhawk, Charlene Spretnak, and others. These writers contend that the male domi­nance of women and the human dominance of nature are variations on a theme and must therefore be addressed together. Eco-femi­nists call for a change, not only of social and political structures, but of consciousness.

Patriarchy is perpetuated by a cultural paradigm consisting of interrelated hierarchical dualisms, which includes:

Each of these dualisms is hierarchical; the first element is val­ued, privileged, and sacralized, while the second is devalued, unprivileged, and desecrated. These dualisms are also interre­lated: male is equated with heaven, mind, human etc., while fe­male is equated with earth, body, animal, etc. These dualisms are used to reinforce social and psychological structures that perpetu­ate the dominion of men over women and of human­kind over nature. They also divide us, both male and female, against ourselves.

Feminists attack these dualisms by turning them on their head, reclaiming and valorizing the disfavored element in each dualism, or by dismantling the dualisms altogether, replacing them with new metaphors of relationship, connectedness, interde­pendence, mutuality, and wholeness. Feminists seek to replace the worldview constructed of these hierarchical dual­isms with one that values radical diversity, modeled on both the biodiversity of the environment and the feminist value of the strength of difference. 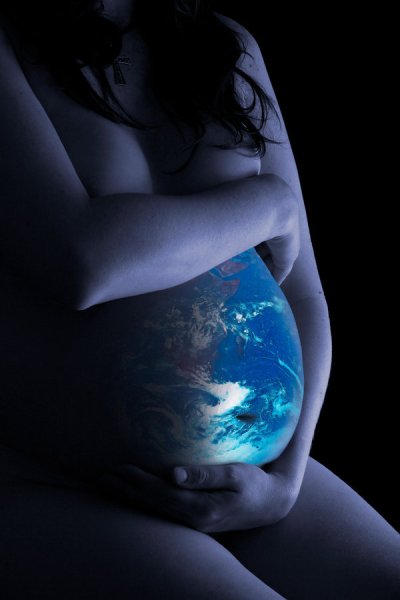 “He says that woman speaks with nature. That she hears voices from under the earth. That wind blows in her ears and trees whisper to her. That the dead sing through her mouth and the cries of infants are clear to her. But for him this dialogue is over. He says he is not part of this world, that he was set on this world as a stranger. He sets himself apart from woman and nature.”

— Susan Griffin, Woman and Nature: The Roaring Inside Her (1978)

Cultural anthropologist, Sherry Ortner, has made the case that the identification of women with nature and men with culture dates to the earliest historical times. This likely arose, at least in part, from the analogy of women as child bearers and nurses to the Earth as the place from which the plant life arises that sus­tains human life. This association of women with nature allowed men to believe that they were exempt from the limitations of na­ture, and that they could escape from the cycle of birth and death through mastery of nature (and everything associated with nature, including women). With the development of agricul­ture and animal husbandry, women came to be defined as property that could be owned, like the land and non-human animals.

This prehistoric denigration of both women and matter was com­pounded by Hellenism and later by Christianity, especially after its absorption of Neoplatonic philosophy, which radically dissoci­ated the realm of ideas from the world of the senses. The masculine ego, which had become disassociated from the realm of matter, was now projected onto a single God, who was de­picted as a titanic patriarch standing apart from a corrupt and changeable material creation, controlled from without by him. This projection reinforced the dominion of man over woman and nature.

While the Enlightenment did initiate some social changes that would bring greater equality and freedom to women, in other ways it perpetuated and deepened the masculine/feminine dual­ism discussed above. Grounded in the Cartesian separation of the knowing subject and the known object, the Scientific Revolu­tion extended the patriarchal ego’s domination of the material world, seeming to legitimate dualistic thinking. Scholar of gen­der studies, Susan Bordo, describes the Scientific Revolution as a “flight from the feminine,” specifically a flight from the organic “female” universe of the Middle Ages, a universe that humans were integrally a part of. In the words of philosopher, Owen Barfield, a person in the Middle Ages experienced themselves “less like an island, rather more like an embryo.”

But the Scientific Revolution changed all this. Descartes ideal­ized detachment and sought to turn human beings (espe­cially men) into mental islands—”islands” that had to be de­fended against anything that reminded them of their finitude and their connection to living nature. As historian and cultural critic, Morris Berman, explains, the scientist sought to “solve it all, destroy any vestige of wild, disorganized [feminine] Other entirely, so that the [masculine] Self now reigns supreme in a pure, dead, and totally predictable world.” Philosopher, Michael Zimmerman, further explains how the dissociated mascu­line ego cut itself off from nature:

“The patriarchal ego divinizes reason, because it seems eter­nal in comparison with the mortal flesh. In recoiling from death, the ego must also shrink back from life. Egoic disassociation represses the entire human organ­ism. Ecstasy is rejected in favor of control; sensuality be­comes reduced to genital sexuality. Women, the body, emo­tions, and nature are all constant reminders of what has been disassociated. They represent the unruly, unpre­dictable, boundary-less Other, which always threat­ens to invade the patriarchal ego’s well-defended psy­chic space.”

In The Death of Nature: Women, Ecology and the Scientific Revolution (1980), ecofeminist, Carolyn Merchant, examines the root meta­phors used to describe both women and nature and how they mutually reinforce each other. According to Merchant, from an­cient times until the 16th century, nature was described in femi­nine terms, either as a nurturing mother (Madonna) or as a wild and chaotic woman (whore).

But with the Scientific Revolution, organic metaphors for na­ture were replaced by mechanical metaphors. Merchant explains that, while the feminiza­tion of nature was problematic, at least “the image of the earth as a living organism and nurturing mother had served as a cultural constraint restricting the actions of human beings.” “By reconceptualizing reality as a machine rather than as a living organism,” Merchant contends that sci­ence “sanctioned the domination of both nature and women.”

Exemplary of this paradigm shift was Francis Bacon, the fa­ther of modern science.

“Much of the imagery Bacon used in delineating his new scientific objectives derives from the courtroom, and, be­cause it treats nature as a female to be tortured through me­chanical interventions, strongly suggests the interroga­tions of the witch trials and the mechanical de­vices used to torture witches.”

“… however the use and practice of such arts [witchcraft] is to be condemned, yet from the speculation [read, specu­lum?] and consideration of them (if they be dili­gently unravelled) a useful light may be gained, not only for the true judgment of the offenses of persons charged with such practices, but likewise for the fur­ther disclosing of the secrets of nature. Neither ought a man to make scruple of entering and penetrating into these holes and corners, when the inquisition of truth is his sole object.”

This language persists today in how we speak of “hard” scien­tific facts and the “penetration” of nature by the (masculine) scien­tific mind. Words have power, and this language has reflex­ively reinforced the subjugation of women. Just as nature went from being, in Merchants words, “an active teacher and parent” to “a mindless submissive body,” so women went from being subjects to objects, from persons that act to things that are acted upon, i.e., controlled by men.

Eco-feminists have been accused of gender essentialism, to the extent that they perpetuate the equation of women with na­ture. However, it is one thing to say that women lives are inher­ently closer to nature by virtue of their biology (i.e., menstrua­tion, birth, lactation), and another to say that, while all people—including men—are a part of nature, men have been socialized to set themselves apart from and above both nature and women. Thus, it is not women’s biology that gives them greater insight into our interconnectedness, but the social construc­tion of that biology.

Ecofeminism invites us to question what we have gained and what we have lost with the “masculinization of thought” that began with the Enlightenment. “For what shall it profit a per­son,” we might ask, “if they shall gain the whole world, and lose their soul?” Ecofeminism calls us to reunite “masculine” and “feminine” ways of knowing and thereby heal ourselves, our society, and the world.